All News From No More Room in Hell

"Protect nay0r at all costs!"

DISCLAIMER: This video contains **WORK IN PROGRESS** gameplay, art, animations, sounds, and mechanics. Everything is being worked on still and is not finished! We know that the zombie slides, it is missing animations, and we know the muzzle flashes aren't right and that the blood particles are red X's ;)

We've released an optional server update for NMRiH servers that fixes a crash on map resets. This update is optional, but all community admins are encouraged to apply it.

An update to No More Room in Hell has been released. The update will be applied automatically when you restart No More Room in Hell. The major changes include: GeneralUse custom font for all console spew to make it consistent across platforms Fix incorrect font entries for vote HUD Fixed an regression caused by player double using +use on inventory boxes Fixed an issue where zombies were unfrozen during extraction cut-scene Fixed maps running out of edicts after multiple round reloads Overhauled keypads to address players getting stuck while using them This patch note is for yesterday's update. It was not released on time. We apologize for any inconvenience caused.

A beta update is available for No More Room in Hell. The major update notes are below. A more detailed changelog will be available during the general release. The beta branch can be accessed in Steam via the Properties -> Betas tab. You may report issues or provide feedback regarding the beta here: https://steamcommunity.com/app/224260/discussions/11/ If no issues arise, we hope to release this update to all users in the coming weeks. Major Changes End of MacOS support: Due to lack of engine support we will be unable to ship Mac builds going forward. You can read more about that here. All Mac downloads will be pulled at general release. Linux build has been patched with critical fixes. Please let us know how the native build runs now compared to running it via Steam Play (Proton). Support for Discord Rich Presence: your game information (server name, map, player count) will now appear in Discord. Friends can press the Join button to join your server directly! Overhauled fire-extinguisher: Press Attack2 (RMB) to equip hose, hold Attack1 (LMB) to fire Numerous new options in difficulty scripts that were previously behind locked cvars Workshop downloads on SRCDS will now complete Overhauled character selection and Voting UIs Many critical stability fixes, including the infamous server crash on map/round restart bug Disabled SteamVR to resolve app crashing problem Resolved many other issues reported to us via our GitHub tracker.

{STEAM_CLAN_IMAGE}/4458555/784db6ee7a5643a6d424041c6041ba79e4f2cff1.jpg HEY EVERYONE HAPPY HALLOWEEN! So here's the deal we were so busy working and making major changes that we broke a bunch of stuff in the process, and then realized that Halloween was days away and we panicked and we put together this quick video for you. PLEASE join us on discord (https://discord.gg/nmrih), give us your feedback, ask any questions you have, and we will do our best to listen and answer! ---- We know about the broken Ammocheck UI, we know about the broken crawler, we know about the broken camera at a few spots... We know all of these things, but we want to show you things regardless, because things are cool, and you're cool, and you appreciate cool things. https://www.youtube.com/watch?v=I02fvkZ03Xs

NMRiH2 - Screenshots from a Playtest!

Our Dev Blog for April 2019 is up now, check it out here! We apologize for the delay but we hope you like what you see, let us know your thoughts in the comments or leave a comment on the dev blog itself. We'll have more to show in the near future so stay tuned and thank you for your support! 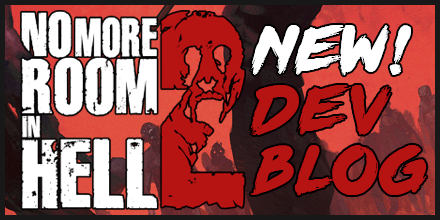 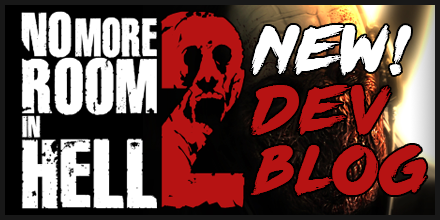 As an addition to the Night of the Living Dead trailer preview shared in October, we're excited to share more of the map with you, the gas station. Our resident environmental maestro, nay0r, has kindly shared a few shots of the progress he's made. Take a look. 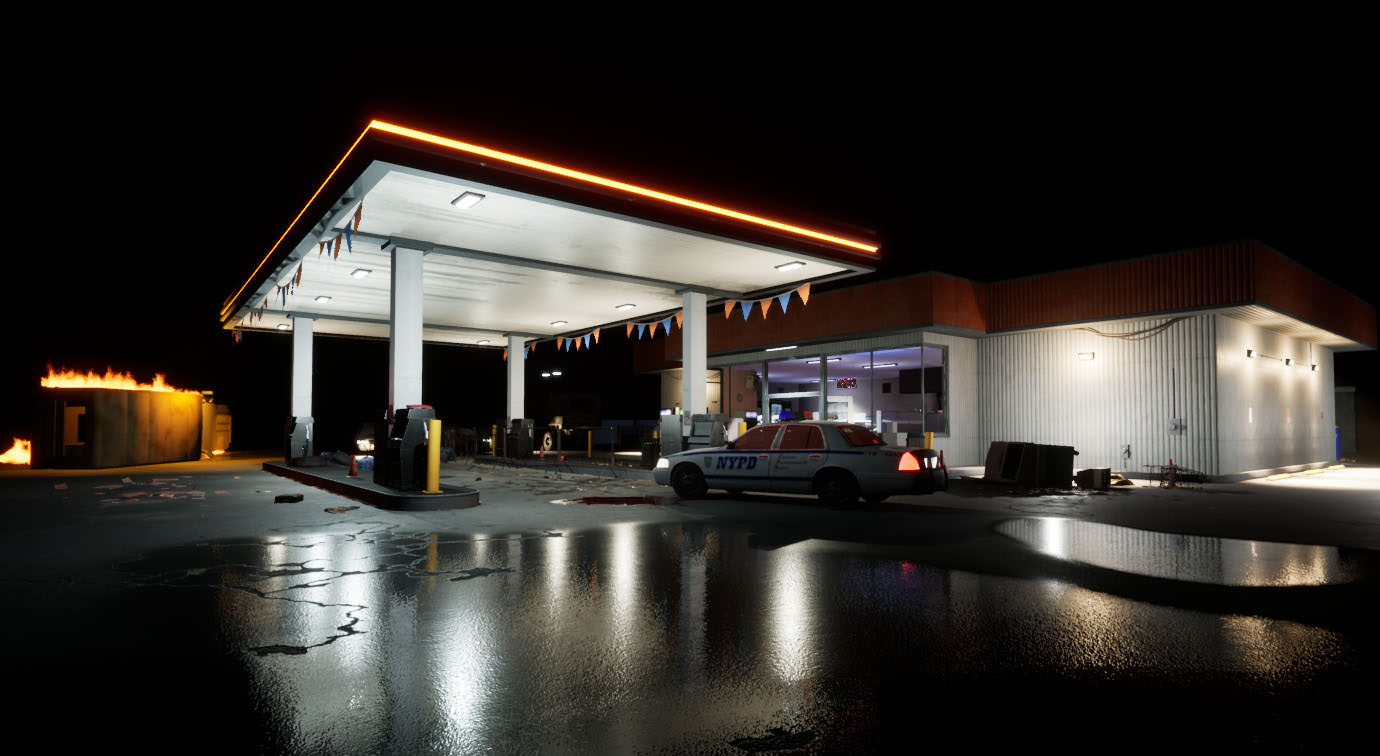 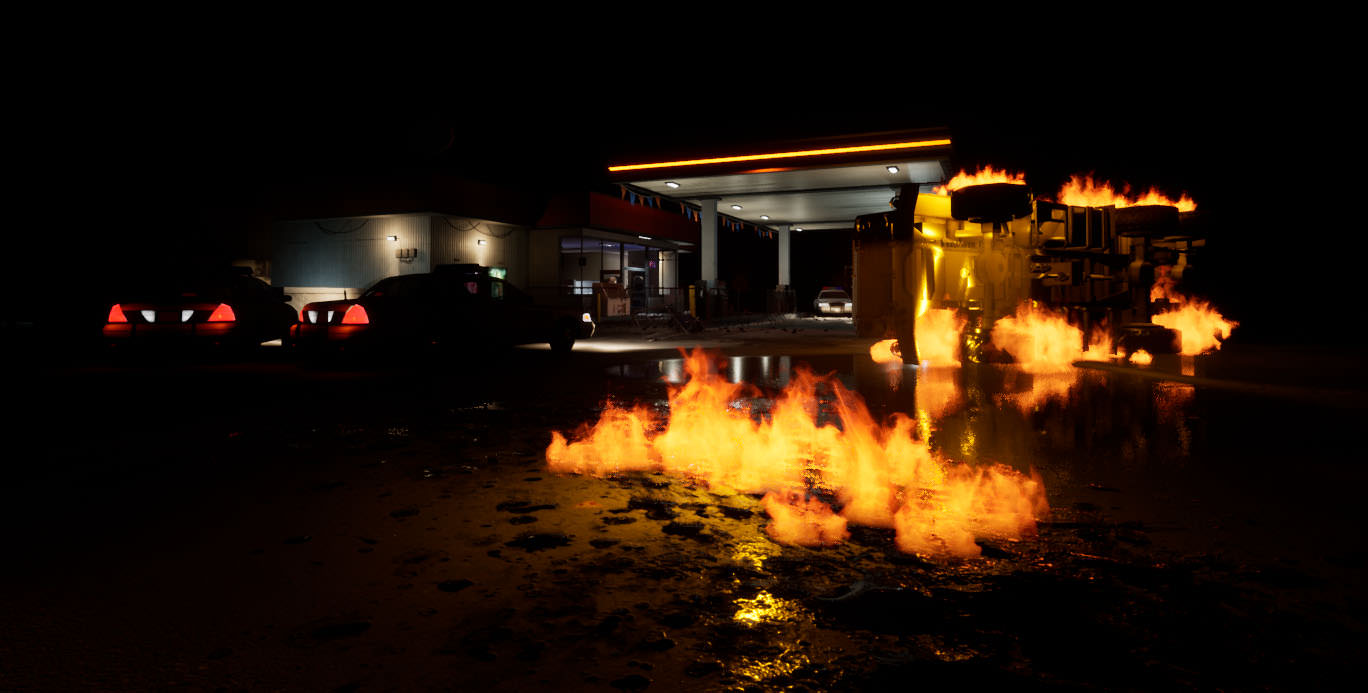 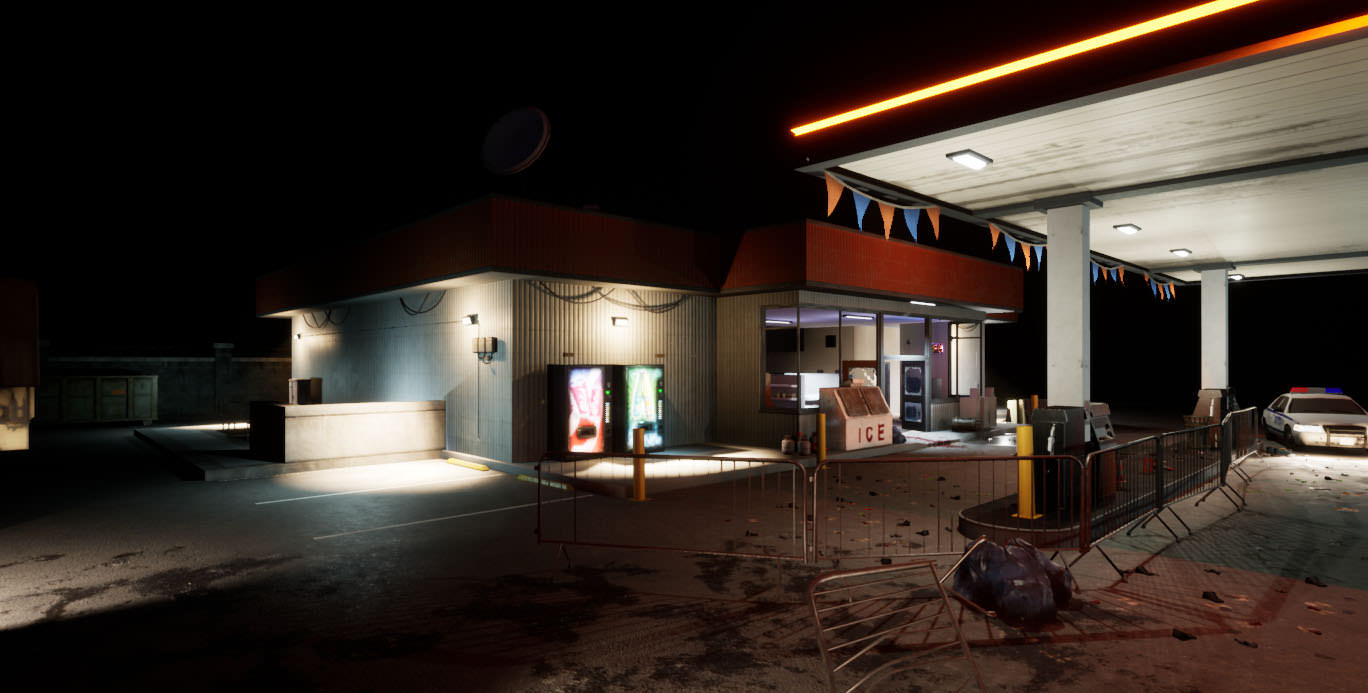 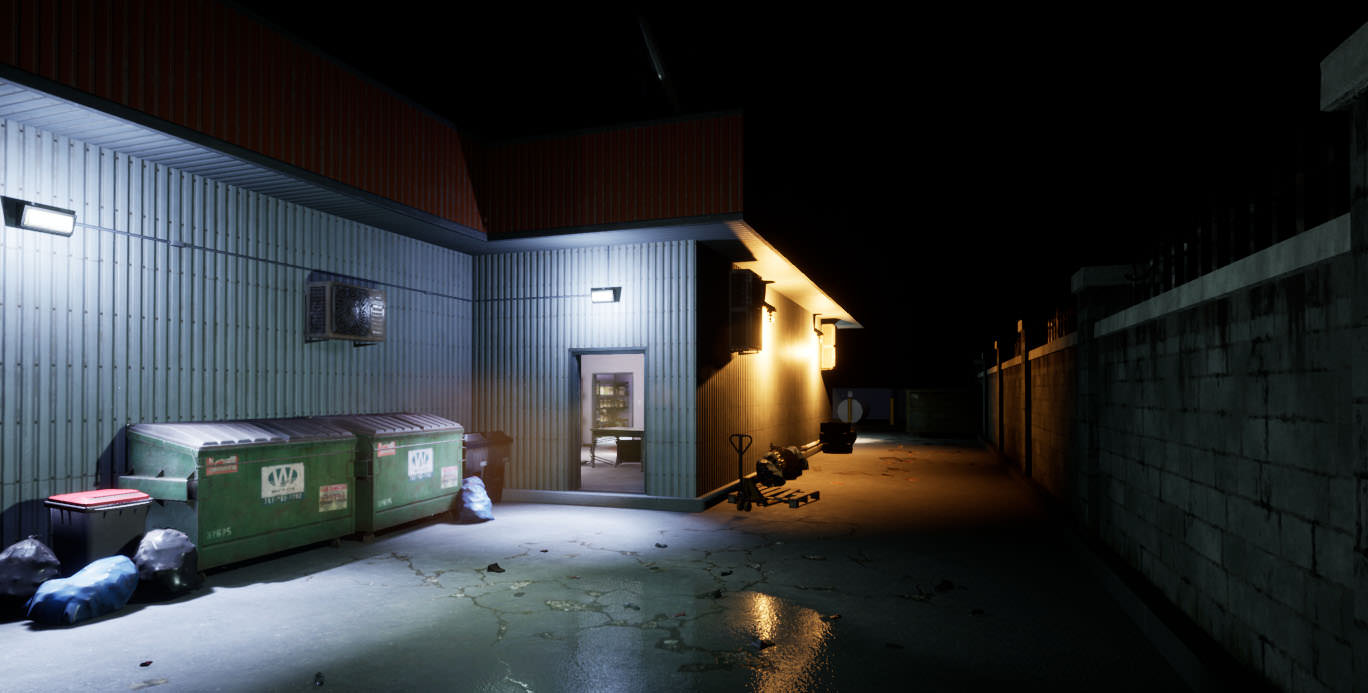 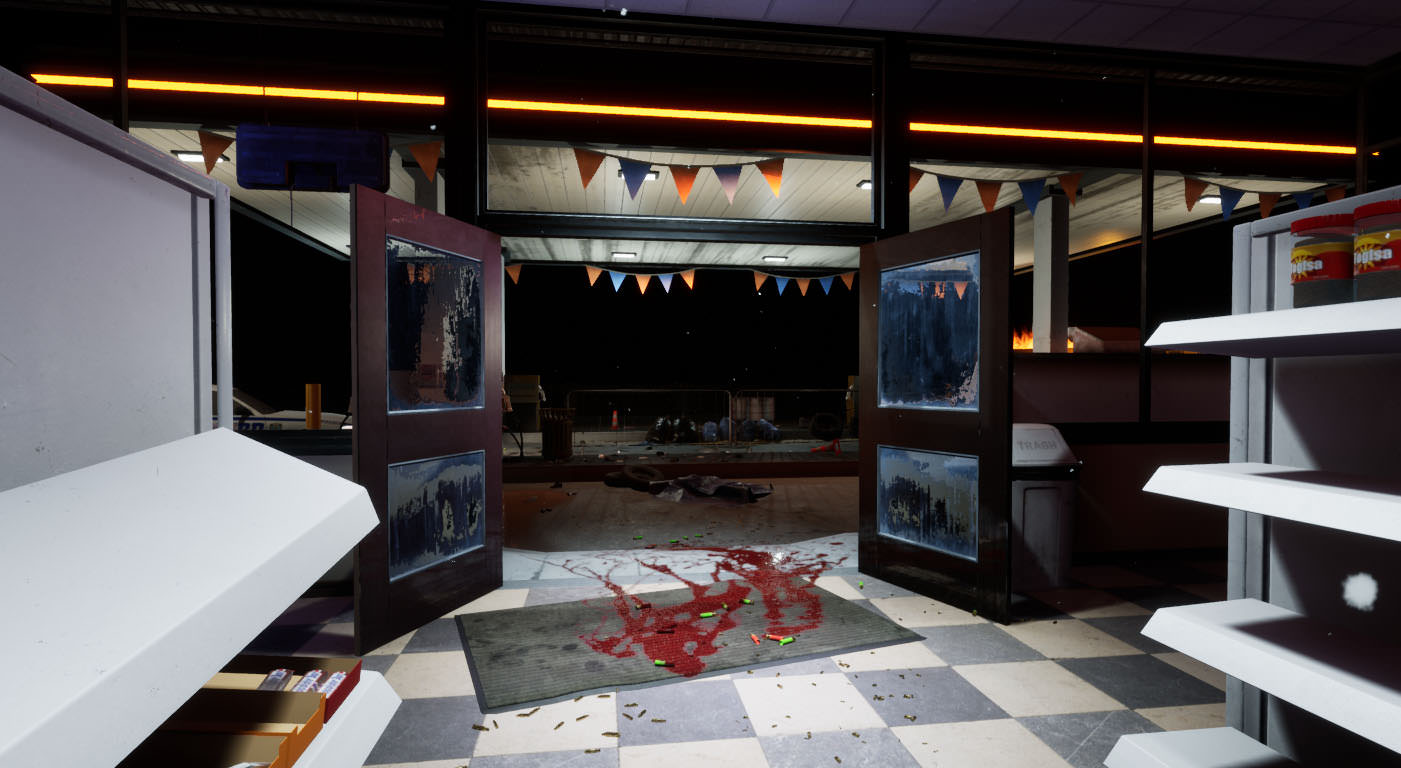 Soon enough, we're excited to share even more with you in the coming months. Be sure to stay connected with us on Facebook, Twitter, Reddit, Discord, and our Website to get the latest news. Let us know what you think in the comments below. 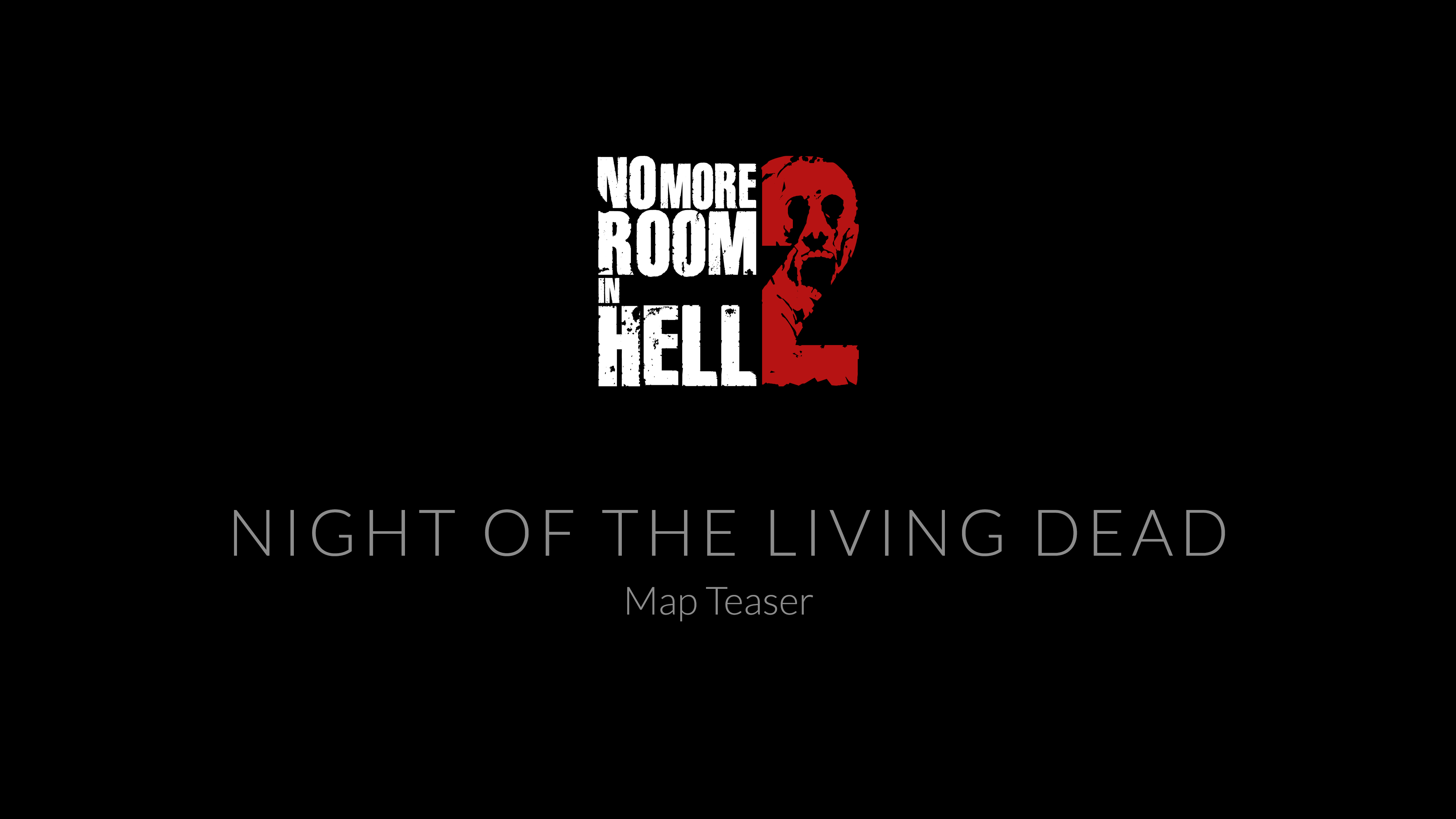 Click below to play the teaser now: https://youtu.be/t29099m1oYc They’re coming to get you, Barbara! Night of the Living Dead is the classic film that started everything we know and love about zombies today. It was so important to us that we featured the iconic farmhouse in the first game, and we strived to pay homage to such a classic setting. It paid off as it quickly became a fan favorite. With No More Room in Hell 2, we leapt at the opportunity to leverage the additional power of Unreal 4 to deliver even more of the memorable locations and atmosphere of the film in a more expansive environment that is over ten times the size of the maps in the original game. The Night of the Living Dead map is a vast open trough valley in Western Pennsylvania, spanning a farm, a cemetery, a lumberyard, an airfield, a gas station, a self-storage warehouse, bungalow homes, and even a small lake complete with a dam. It’s our biggest map yet by far — offering a variety of places to explore. This video shows just a small selection of these areas as a teaser to tide you over, while we get ready to show off some gameplay and more of the map this coming holiday season! I hope you like what you see, we’ve all been working hard on Night of the Living Dead and are super proud of what is shaping up to be a fascinating and haunting map. Let us know what you think in the comments and feel free to follow us on the blog or our Official Discord channel! Thanks for all your continued support and Happy Halloween! Maxx, Team Lead